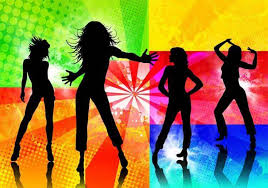 The Bombay Police Act, 1951 was amended in 2005 with the object of securing public order, morality, the dignity of women, and reducing exploitation of women including trafficking of minor girls. Section 33A was inserted that prohibited performance of all types of dance in eating houses or permit rooms or beer bars. Section 33B was inserted that permitted three star hotels and Government associated places of entertainment to hold dance performances. The Indian Hotel & Restaurants Association filed a writ petition challenging Section 33A of the Bombay Police Act, 1951 before the Bombay High Court on the grounds that such prohibition:

(b) interferes with their right to work and right to earn a livelihood, and thus is violative of the Indian Constitution.

The Bombay High Court held that Section 33A is violative of Articles 14 (equality) and 19(1)(g) (right to work), of the Indian Constitution. The Government of Maharashtra filed an appeal before the Supreme Court and prayed that the terms “All dance” found in Section 33A be read down to mean “dances which are obscene and derogatory to the dignity of women” instead of striking it off altogether to ensure that the right to work of women is not interfered with. The Supreme Court upheld the judgement of the Bombay High Court. It declared that Section 33A violates Article 14 the Constitution of India on the ground that such law is based on an unacceptable presumption that the so-called elite (i.e. rich and the famous) have higher standards of decency, morality or strength of character than their counterparts who have to content themselves with lesser facilities of inferior quality in the dance bars. It declared that Section 33A violates Article 19(1)(g) on the ground that it interferes with the right of women to work and that, contrary to the ban’s purpose, it resulted in forcing some women into prostitution. The Court further urged the government to take affirmative action to ensure the safety and improve the working conditions of the persons working as bar dancers who primarily constitute of women.

1. Section 2(8)(i): It was concerned with the definition of ‘obscene dance’. The issue was that it includes ‘a dance which is designed only to arouse the prurient interest of the audience’ which was totally a loose expression.

2. Section 6(4): It barred the grant of licence under the Act in respect of a place where licence for discotheque or orchestra is granted.

4. Section 8(4): It made throwing or showering coins, currency notes or any article or anything which can be monetized on the stage or handing over personally such things, etc. to a dancer as an offence.

·    Condition 2: It stated that one stage should not be less than 10ft. x 12 ft. in size in bar room, with non-transparent partition between hotel, restaurant and bar room area. If the applicant is holding permit room licence then there shall be fixed partition between the permit room and dance room.

·   Condition 11: It stated that such dance bars should be at the distance of 1 km from the educational and religious institutions

1. Considering the decision of the court in Raj Kapoor & Ors. v. State & Ors. (1980 SCR (1)1081) the court held that it cannot be said that a dance which is aimed at arousing the prurient interest of the audience is vague term, incapable of definite connotation. The Court said, “It is, more so, when Section 292 IPC particularly uses this expression in the deeming provision relating to obscenity”. Therefore section 2(8)(i) stood valid.

2. Section 6(4) in the court’s view was totally arbitrary and irrational and had no nexus with the so-called purpose sought to be achieved. It was therefore stuck down as being unconstitutional.

3. The offence under Section 8(2) was declared somewhat different from the offence that is stipulated in Section 294 IPC. Therefore, this section was held to be valid.

4. Section 8(4) has to be read with condition Nos. 6, 7 and 8 of Part B. It was held that whatever money, any appreciation of any dance performance, has to be given by handing over personally and not by throwing or showering such coins etc. Therefore, provision for throwing or showering of currency stood valid. However, adding such tips thereto in the bills would deny rightful recipient of the same. Further, State cannot impose a particular manner of tipping as it is entirely a matter between an employer and performer on the one hand and the performer and the visitor on the other hand. Therefore, the provision of giving the tips only by adding the same in the bills was struck down.

5. A condition similar to Condition 2 Part A, was struck down by this Court earlier. Even otherwise, there was rationality or justification in imposing such a condition therefore, this provision was again struck down.

6. As far as condition No. 11 of Part A was concerned it was held to be arbitrary and unreasonable and was quashed, with liberty to the respondents to prescribe the distance from educational and religious institutions, which is reasonable and workable.

7. In regards to Condition 2 part B the court upheld the provision relating to entering into a written contract as well as depositing of the remuneration in the bank accounts but struck down the condition of employing such persons on monthly salary because it imposes restriction upon such employees and infringes their right under Article 19(1)(g).

8. The court did not find the timing mentioned in condition No. 9 of Part B to be manifestly unreasonable. The ground that other establishments are open till late does not restrict the power of State to restrict the time of dance performances till 11:30 pm. Moreover, appropriate time of five and half hours was given for such performances. This condition was therefore upheld.

9. The Court quashed Condition No. 12 of Part B stating that it is totally disproportionate, unreasonable and arbitrary. The court was not convinced by the respondent’s argument that persons after consuming alcohol would misbehave with the dancers. Moreover, courts have also earlier set aside the same contention when applied to the bar rooms and restaurants.

10. The Court also set aside Condition No. 20 of Part B that mandates installing of CCTV Cameras as this again was totally inappropriate and amounted to invasion of privacy and was, thus, violative of Articles 14, 19(1)(a) and 21 of the Constitution as held in K.S. Puttaswamy case (2017 10 S.C.C 1).